Home | About us | Research spotlights 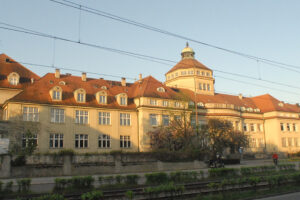 In the new National Research Data Infrastructure for Biodiversity (NFDI4Biodiversity), the Bavarian Natural History Collections (SNSB) and its SNSB IT Center are one of 13 equal partner institutions. NFDI4BioDiversity is one of nine NFDI consortia funded on the recommendation of the German Research Foundation (DFG). This decision was announced by the Joint Science Conference last […] 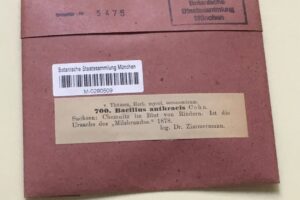 During an inventory, a scientist at the Bavarian State Collection of Botany (SNSB-BSM) made a surprising discovery: a 142-year-old slide containing a blood sample that came from a cow infected with the anthrax pathogen Bacillus anthracis. Scientists at the Bundeswehr Institute of Microbiology (IMB) were able to decode the oldest documented genome of B. anthracis […] 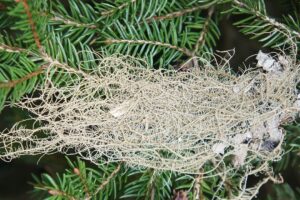 Everywhere, yet superficially inconspicuous – lichens colonize trees or rocks all over the world. However, these creatures perform amazing stuff in secret: Among other things, they produce substances that are of great interest to the pharmaceutical industry. Researchers at the Bavarian State Collection for Botany (SNSB-BSM) and the Technical University of Munich for the first […] 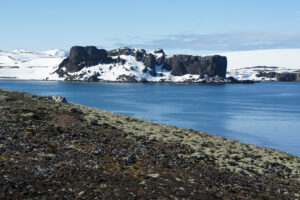 Lichens are among the first organisms to recolonize rocks or stony soils after glacial retreat. Researchers from the Bavarian State Collection for Botany (SNSB-BSM), among others, studied lichen vegetation after the melting of ice masses in Antarctica. The scientists published their results in early May in the scientific journal Symbiosis. Climate change has a major […] 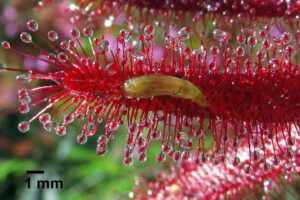 Hoverflies (also called flower flies), are conspicuous flower visitors of the dipteran family Syrphidae which often mimic the coloration of bees and wasps for protection, however they are totally stingless insects. The larvae (“maggots”) of most species are known to be beneficial organisms that feed on aphids and related insect pests of plants. However, aphids […] 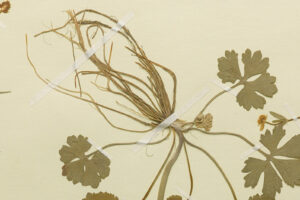 Orientation in an ocean of data – more than a data portal

Innovative research and new techniques in the field of environmental and ecosystem sciences not only lead to new understandings, but also to a flood of data. Now it is crucial to learn to manage this ocean of data. The aim is the long term availability of data in open access for users and interested public.  […] 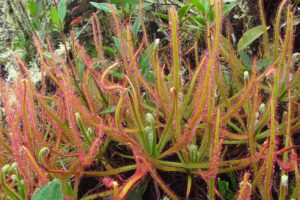 Largest carnivorous sundew of the Americas discovered on Facebook

An international team of botanists from Brazil, USA and the Botanische Staatssammlung München, Germany described a new species of carnivorous sundew (Drosera, Droseraceae), which was discovered on a not-so-remote mountain in Southeastern Brazil. The new species, which has been named Drosera magnifica (the magnificent sundew), turned out to be the largest of its kind known […]